Praise for IZZY NEWTON AND THE S.M.A.R.T. SQUAD: ABSOLUTE HERO

This series opener highlights diverse, sympathetic characters using their smarts and their emotional intelligence to solve scientific and social challenges. Charlie has light-brown skin and speaks Spanish with her two moms, Allie presents white, Marie presents Asian, and new girl Gina Carver is black; Izzy is a winning black protagonist who steadily challenges herself and nurtures her friendships. Bowers’ half- and full-page grayscale illustrations add personality to the characters. Backmatter offers further information on the characters real-life inspirations and women scientists. Wholesome entertainment for preteens, offering positivity without didacticism. ―Kirkus

Written by girl-power expert Valerie Tripp—the author behind some of your favorite American Girl stories—the Izzy Newton and the S.M.A.R.T. Squad series features five brainy friends inspired by iconic scientists—Izzy Newton, Allie Einstein, Charlie Darwin, Marie Curie, and Gina Carver—as they go through the wild time that is middle school, with stories on friendship, growing up, and of course, solving mishaps with science and the scientific method. … It’s one thing to have children’s books about scientists or podcasts or stories about strong women in STEM, but it’s another world entirely when your children get to feel represented by the characters they’re reading about. The characters in the Izzy Newton and the S.M.A.R.T. Squad series are diverse, smart, and sure of themselves the way all middle school girls are—through their dreams and newly acquired skills they’re still getting used to. ―Romper 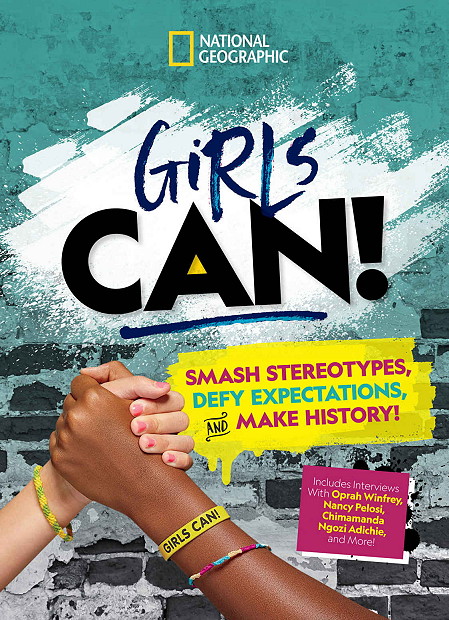 This book puts to rest the tired adages of things girls “can’t” do with powerful proof that girls not only CAN, but they DO!

Featuring profiles of over 75 remarkable women from across centuries and around the world, from math whiz Katherine Johnson to legendary leaders like Queen Elizabeth I, game changers like Serena Williams to avant-garde artists like Frida Kahlo, and so many more, you’ll discover amazing, diverse women, both famous and little-known, who smashed stereotypes, overcame odds, and achieved their goals.

With interviews and encouraging advice from world-changing women of today such as media mogul Oprah Winfrey, philanthropist Melinda Gates, renowned journalist Christiane Amanpour, National Geographic explorers and planet protectors like Sylvia Earle, and more, as well as concrete tips for breaking barriers and raising your voice, this inspirational book will have you ready to follow in the footsteps of women who made-and are making-history.

You’ll see that not only some Girls Can-you can!
AMAZON | BARNES & NOBLE | BOOK DEPOSITORY 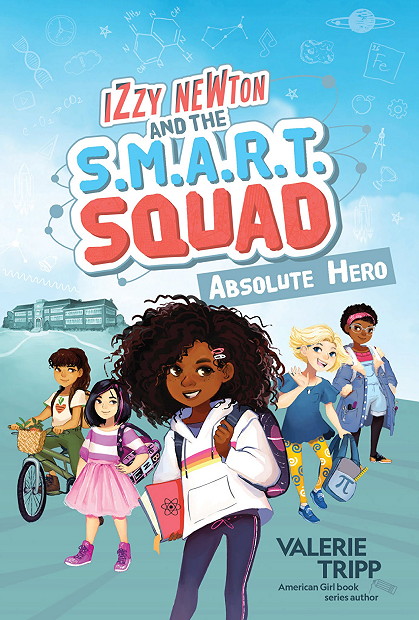 When middle school mishaps happen, five friends form the S.M.A.R.T. Squad and use their collective skills and the power of science to bring order to their school. Science reigns supreme with this squad of young brainiacs. Join Izzy Newton and her friends in the first adventure of this fun new middle-grade fiction series from National Geographic Kids. A crowded new school and a crazy class schedule is enough to make Izzy feel dizzy. It may be the first day of middle school, but as long as her best friends Allie Einstein and Charlie Darwin are by her side, Izzy knows it’ll all be okay. However, first-day jitters take an icy turn when Izzy’s old pal Marie Curie comes back to town.
Instead of a warm welcome, Marie gives her former pal the cold shoulder. The problems pile up when the school’s air-conditioning goes on the fritz and the temperature suddenly drops to near freezing. The adults don’t seem to have a clue how to thaw out the school. Cold temperatures and a frigid friendship? Izzy has had enough of feeling like an absolute zero. She rallies the girls to use their brainpower and science smarts to tackle the school’s chilly mystery … and hopefully to fix a certain frozen friendship along the way. Will the girls succeed and become the heroes of Atom Middle School? 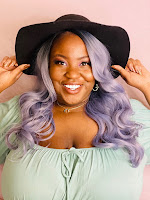 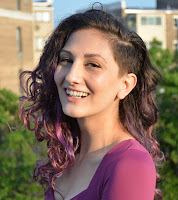 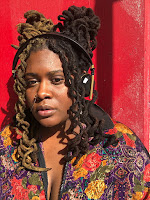 Photo Content from Authors
TORA PRUDEN is a social media manager and the director of brand growth at Equality for Her. She also works as a freelance journalist and culture critic. MARISSA SEBASTIAN is a social media coordinator and the co-creator of the social media positivity movement #Blackoutday, which aims to promote the positive representation and presence of African Americans on social media. PAIGE TOWLER writes poetry, has co-authored books, and was a children’s book editor at National Geographic Kids for five years.
MARISSA: TWITTER | INSTAGRAM TORA: TWITTER | INSTAGRAM 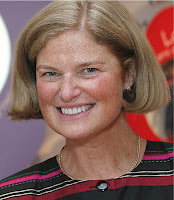 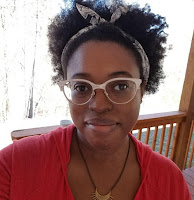 Photo Content from Authors
Part of the creative team behind the American Girl series, Valerie Tripp has written many of the American Girl books about Felicity, Josefina, Samantha, Kit, Molly, and Maryellen. She also wrote American Girl’s Welliewisher and Hopscotch Hill School books. Tripp has also written numerous levled readers, songs, stories, skills book pages, poems, and plays for educational publishers and is the editorial director of the Boys Camp series. She is a frequent speaker at schools and libraries.

Geneva Bowers is a self-taught illustrator who lives in the North Carolina mountains. Her drawing career started at age seven, when she wanted to draw horses better than her sister. Bowers works mostly digitally, using a vivid palette and simple shapes to create interesting images that reflect whimsy with a touch of realism. She has illustrated several webcomics, books, and book covers and is a 2018 Hugo award winner.
FACEBOOK | INSTAGRAM | TWITTER | WEBSITE | GOODREADS
*JBN is not responsible for Lost or Damaged Books in your Nerdy Mail Box*
a Rafflecopter giveaway

5 Winners will receive both Copies of GIRLS CAN!: SMASH STEREOTYPES, DEFY EXPECTATIONS, AND MAKE HISTORY! and IZZY NEWTON AND THE S.M.A.R.T. SQUAD: ABSOLUTE HERO