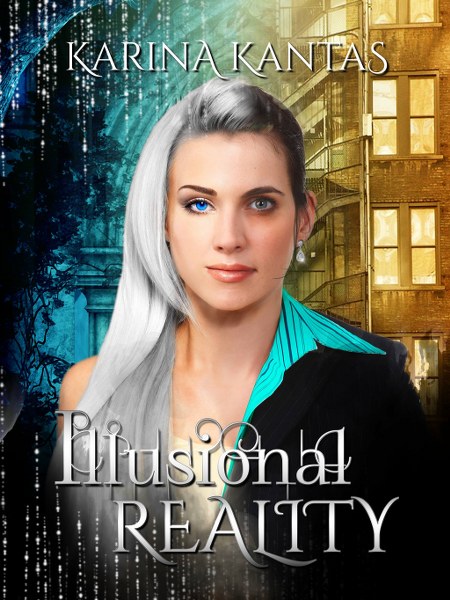 ‘Romance, Magic, Action…Illusional Reality has it all.’
Emily Woodmansee
Nobody expects to stare death in the face only to find out your entire life
is a lie. Rescued by Salco, marketing executive Becky finds herself
in an unknown magical world filled with happy people that try to
forget their land is on the brink of destruction.
Becky will soon learn that her arrival is no accident. If learning that she
is Thya, the heir of the enchanting land isn’t enough, she’s then
told that an Oracle prophesied that she will save the gentle Tsinians
from slavery and domination by Darthorn, the Warlord of Senx.
It is at a festival where she is introduced to the Tsinian council and
her kinsmen, that she learns the whole truth. The council are so
certain that a union between Darthorn’s son, Kovon and Thya will
create peace between the two lands. However, Darthorn has plans for
Tsinia as does Kovon for Thya and neither are good.
Although her future has been planned and if she is to save Tsinia she must
marry Kovon, Thya gives her heart to another. A love that is
forbidden and dangerous.
Illusional Reality is a story about hope, courage, love and sacrifice.
‘This story is unique. No typical fantasy stereotyping.’
Add to Goodreads
Amazon * Apple * B&N * Kobo 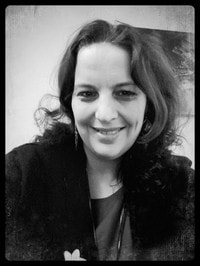 Karina Kantas is the author of the popular MC thriller series, OUTLAW and
the loved romantic fantasy, Illusional Reality
She also writes short stories and when her imagination is working
overtime, she writes thought-provoking dark flash fiction.
There are many layers to Karina’s writing style and voice, as you will see
in her flash fiction collection, Heads & Tales and in UNDRESSED
she opens up more to her fans, giving them another glimpse into her
warped mind.
When Karina isn’t busy working on her next bestseller, she’s designing
teasers, book trailers, recording audio or videoing small readings
and then working on Twitter and FB posts. She’s also the host of a
popular radio show, Author Assist on the Artist First Radio Network.
Karina writes in the genres of fantasy, MC romance, Young Adult. sci-fi,
horror, thrillers and comedy.
Her inspirations are the author S.E.Hinton and the rock band, Iron Maiden.
Website * Facebook * Twitter * Google+ * Instagram * Amazon * Goodreads

Exclusive Interview with Becky aka Thya

1)  Becky, back before, when you were a marketing executive, did you feel like there was something off with your world?

Nay, although we partake in war and murders, there are many strange and evil people.  Regrettably, this is the norm. I had not notion that Tsinia existed.
I was adopted and I loved my adopted parents greatly and I did not search for my birth mother. Now I know I would never have located her.

2) When Salco rescued you, what was your first reaction to him?

*smiles* Salco has a gentle temperate as do most of my kinsmen. He has intelligent eyes. I did not deliberate. I was frightened and this stranger was prepared to aid me. I trusted him wholeheartedly.

3)  The people of your land are trying to forget the destruction at bay. What types of things did they do to feed this delusion to themselves?

They knew that distruction was close but they had not sadness or fear as the prophesy spoke of a Ganty that would deliver them and save them. *shakes head*

4)  When you learned that you were to be betrothed to Darthorn’s son, how did it make you feel? This is on the surface, before you knew everything.

*laughs sarcastically* Ha! How would you have reacted? I was just informed of who I was, where I originated and how superior my parents were. I did not knowledge of this Kovon & Darthorn and the Darkeye. Yet to be told that my future had been mapped out and I was to wed Kovon, was enough. Not one will ever command me.

5)  Why is the counsel of Tsinia so certain that a union between you and Kovon will create peace?

The Tsinians have existed by the codes and Oracle’s so when my coming was prophesied, they were uncertain how I would aid them. So it was the council that formed the absurd contract with Darthorn. They were convinced this was the true path.

6) Do you ever miss being plain old marketing exec Becky? If so, what you miss about it?

Life was simple, worries and stress were naught compared to my reality. What I miss the most is the laughter of children. *head bows down to the floor*

*Head comes up, big smile * Too many on earth. *looks sad again* If you are hiding the truth from someone so it will not hurt them and remove their faith, is that a black or a white lie? That is the lie that will remain a secret.

8)  Let’s be girls and talk clothes for minutes. Which outfit do you prefer: Becky the professional, or Becky from the magical world, the fiancée of Kovon?

*Thya splutters in her water glass and coughs* Fiancé to Kovon! *mysterious wind blows here hair* I was never his fiancé and I command you not to mention his name again or this interview will be concluded. *becomes relaxed again and breathes deeply * Yes. I prefer the garments in Tsinia. They are cool, flowing and elegant. The Tsinians dress in basic sensible but somewhat dull attire, save there is a feast or celebration then you will see my Kinsmen in their finery.

9)  In your magical world, your reality, do you have an official title?

My title is Princess Thya, ruler of Tsinia, guardian of the changelings. My Kinsmen address me as Lady or Thya.

10)  So, I understand that there is a mystery man who you have a certain… fondness for. Without giving too much away, can you tell us what you find attractive in him?

Where do you get your information from? Although tis not a secret * tears well in eyes* he is kind, with haunting blue eyes and his smile so tender and sweet. He understood me more than any other. He was commanding and bossy at times but all with good reason. We will conclude this. Pardon, Do you have a tissue?