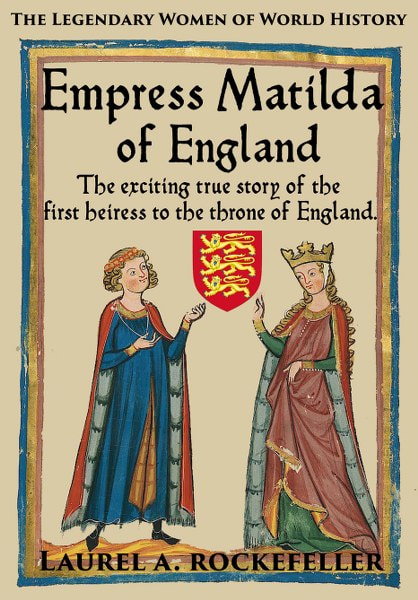 Born in 1102 to King Henry of England and Queen Matilda of Scotland,
Matilda’s uniquely royal Norman, Saxon, and Scottish heritage was
meant to unify an England still divided by her grandfather’s conquest
in 1066. When the 1120 White Ship Disaster made her the only
surviving child of her parents, Matilda suddenly became heiress to
the English throne in a time when the old Saxon Witan, not the king’s
Will, still decided the succession. Discover the true story of the first woman to claim the throne of England in
her own right and be inspired!Includes Matilda’s family tree, a detailed timeline, and a suggested reading
list so you can keep learning.
Add to Goodreads
Amazon * Apple * B&N * Kobo * Smashwords

The seventh book in the Women of Word History Series brings us England’s first heiress to the throne, Empress Matilda. I have known about Empress Matilda’s (Maud’s) reign, but not so much her earlier life; how she became the first heiress. From betrothed at six to married near 12 years of age, this was the norm within the royalty world to keep blood lines pure, and ties to other seats of power within grasp. She lived quite a life from having lost her siblings to becoming the heiress to England’s throne.
I absolutely love the timelines and lineage charts! Well-written YA novella that I was thrilled to have received as part of the book tour to celebrate Women’s History Month. 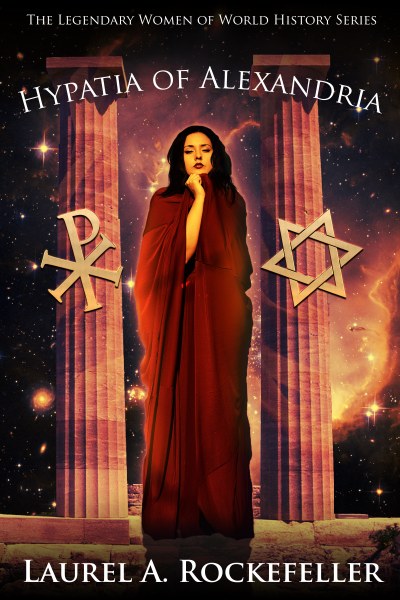 As the western world fell into darkness, she dared defend the
light. Born in 355 CE in the aftermath of Constantine’s reign, Hypatia of
Alexandria lived in a collapsing Roman Empire, a world where
obedience to religious authorities trumped science, where reason and
logic threatened the new world order. It was a world on the edge of
the Dark Ages, a world deciding the question of science verses
religion, freedom verses orthodoxy, tolerance verses hate.For over 40 years, Hypatia stood between the dark ages and the light of
classical philosophy, arts, and sciences. Though none of her books
survived the aggressive book burnings of religious zealots, her
legacy remains that of one of the greatest scientists of all time.This is her fascinating true story.
Add to Goodreads
Amazon * Apple * B&N * Kobo * Smashwords

What an amazing choice for book eight of the Legendary Women Of World History Series I received for the book tour supporting Women’s History Month! I admit, I remember reading about Hypatia in my youth, but honestly thought she was a myth! During the time frame 355 CE, she had everything going against her unfortunately. A woman who wrote books on astrology, mathematics, and geometry she was of course accused of bewitching “The Perfect of Egypt” and therefore was slaughtered in the streets by angry orthodox Christians.
Includes bibliography, a detailed timeline, and latitude-longitude coordinates for major Roman Empire cities so you can explore the wonders of the heavens with Hypatia. Everything about this novella had me wanting to find out more!

Born, raised, and educated in Lincoln, Nebraska USA Laurel A. Rockefeller
is author of over twenty books published and self-published since
August, 2012 and in languages ranging from Welsh to Spanish to
Chinese and everything in between. A dedicated scholar and
biographical historian, Ms. Rockefeller is passionate about education
and improving history literacy worldwide.
With her lyrical writing style, Laurel’s books are as beautiful to read as
they are informative.
In her spare time, Laurel enjoys spending time with her cockatiels,
attending living history activities, travelling to historic places in
both the United States and United Kingdom, and watching classic
motion pictures and classic television series.
Website * Facebook * Twitter * Pinterest * YouTube * Amazon * Goodreads