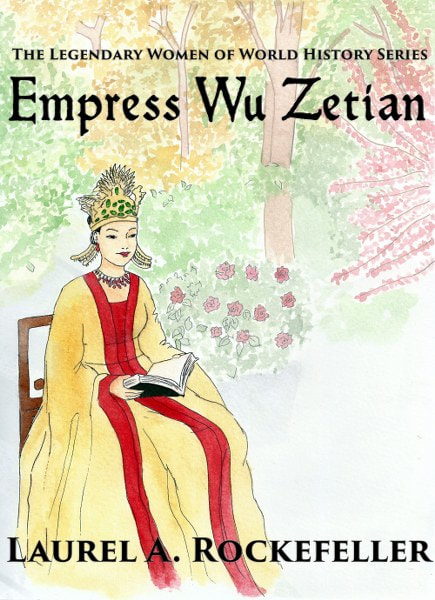 The most hated woman in Chinese history! Travel back in time over one thousand years and meet the first and only
female emperor of China. Born Wu Zhao and given the reign title
“Zetian” just weeks before her death in 705 CE, Empress Wu
was the unwanted daughter of Chancellor Wu Shihuo — too bright, too
educated, and too politically focused to make a good wife according
to contemporary interpretations of the Analects of
Confucius. Married off at age 14 as a low-ranking concubine to Emperor Taizong, Wu’s
intelligence, beauty, and charm won her a place as his secretary and
protégé, political experience that would empower her to transform
the lives of countless billions. Explore the life of Empress Wu and discover why the world is a vastly
different place because she dared what no woman in China before or
since ever dreamed of.
Add to Goodreads
Amazon * Apple * B&N * Kobo * Smashwords
I have always been a fan of history, mainly Europe and I know enough about China’s history to do okay on Jeopardy, but I admit to not having heard about the first and only empress of China, Wu Zhao / Zetian. The history is based off of contemporary interpretations of Confucius’ analects. Wu Zhao was married to Emperor Taizong as a low-ranking concubine at the age of 14. She was deemed beautiful, but her intelligence won over the Emperor and put her at his side.
Harsh history written as with most during this time-frame in our brutal history, I do not recommend this for young tween readers. Good read if looked at as a cliff-notes point-of-view; short read. Does cover roughly 50 years as she lived through her power hungry life (my opinion) and to set the discussion, “The most hated woman in Chinese history.”. Was she? I will let you decide! Don’t forget to check out the other novellas in The Legendary Women of World History, very thrilled I received Book 5, Empress Wu, opened my eyes even further in this book tour. 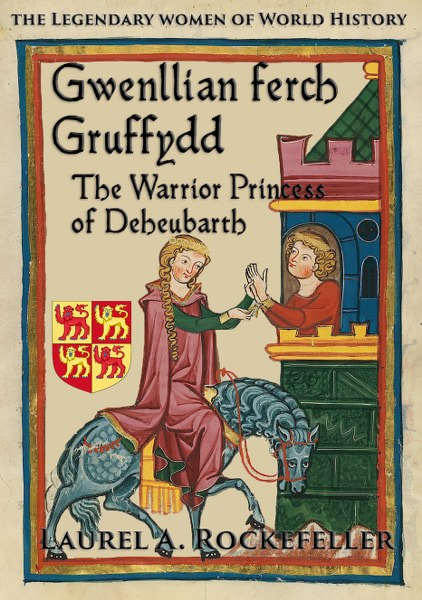 Born in 1097 in Aberffraw Castle, Princess Gwenllian ferch Gruffydd ap
Cynan was always destined for great things. As daughter to one of
Gwynedd’s greatest warriors she grew up strong and passionate — more
than a match for her older brothers.

At sixteen Gwenllian’s life changed forever when she fell in love with
Prince Gruffydd ap Rhys, the beleaguered heir to Rhys ap Tewdur of
Deheubarth. Together husband and wife fought for and ruled southern
Wales, challenging the Norman Conquest of Wales and proving once and
for all the nobility and courage of the Welsh people, a courage that
endures across the centuries and lives in the heart of every Welsh
man, woman, and child.

Includes an extensive timeline covering over 400 years of Welsh and English
medieval history.

Add to Goodreads
Amazon * Apple * B&N * Kobo * Smashwords
Knowing well the history of the Welsh, notably during the Norman conquest of Wales, I was happy to read this contemporary look at Princess Gwenllian. Princess Gwenllian was actually a foremother to Queen Elizabeth Tudor. Princess Gwenllian was one of the lucky few royals who truly fell in love with her soon-to-be husband, Prince Gruffydd ap Rhys, heir to Rhys ap Tewdur (Tudor) of Deheubarth.
My ancestry is Welsh, hence my tall, slender, and fair-skinned frame, so I already know the conquest of Wales was never won. Very rich history that is wonderfully written and it does bring you to the era, language and all. I may sound biased on this, but I am not. Princess Gwenllian was a strong woman and archer that stood beside her beloved country. Quick read, but well-written book 6 of The Legendary Women of World History I received as part of this book tour.

Born, raised, and educated in Lincoln, Nebraska USA Laurel A. Rockefeller
is author of over twenty books published and self-published since
August, 2012 and in languages ranging from Welsh to Spanish to
Chinese and everything in between. A dedicated scholar and
biographical historian, Ms. Rockefeller is passionate about education
and improving history literacy worldwide.

With her lyrical writing style, Laurel’s books are as beautiful to read as
they are informative.
In her spare time, Laurel enjoys spending time with her cockatiels,
attending living history activities, travelling to historic places in
both the United States and United Kingdom, and watching classic
motion pictures and classic television series.
Website * Facebook * Twitter * Pinterest * YouTube * Amazon * Goodreads