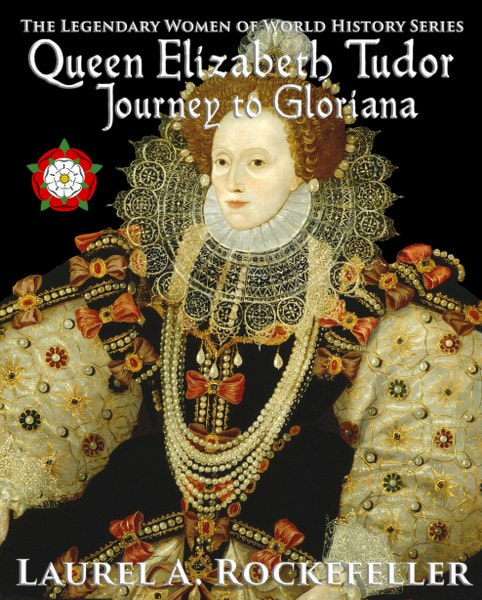 “I am by your Council from you commanded to go to the Tower, a place
more wanted for a false traitor than a true subject, which though I
know I desire it not, yet in the face of all this realm it appears
proved,” wrote Princess Elizabeth Tudor in her eleventh-hour letter
to sister Queen Mary as guards waited to transport her to the prison
at the Tower of London. Queen Elizabeth is perhaps the most legendary and celebrated ruler in
English history. Yet do you really know her as well as you think you do?In this beautiful narrative biography you explore Elizabeth’s path
from “Lady Elizabeth” to “Gloriana” through the lens of her
relationship with Robert Dudley, a relationship far more contentious
than most people believe. Politics and religion collide, provoking
Elizabeth to console herself with her music, and a hard decision lays
before her as plots against her life threatens her throne. Take the journey to Gloriana and discover a side to Elizabeth you never
knew existed. Features six medieval and Elizabethan songs, a detailed timeline, and an
extensive suggested reading list. Continues “Mary Queen of the Scots.”
Add to Goodreads
Amazon * Apple * B&N * Kobo * Smashwords

The telling of Queen Elizabeth Tudor starts off by being told by a teen boy, Edward Drinker, as his family and him set sail from Plymouth to the Massachusetts Bay Colony. He befriends another teen on-board, Elizabeth Epps, who he tells the story to.
We start with when seven-year old Princess Elizabeth was being raised in Hatfield house in Hertfordshire when she meets eight-year old Robert Dudley. Yes, the son to John Dudley who wrestled power away from Edward Seymour who had seized power after King Edward VI was crowned, making himself “lord protector”. That tid-bit was most notably after the death of King Henry VIII (Elizabeth Tudor’s father) which had been the reason behind King Edward’s accession.
We know the history to be rife with politics and war due to the collision between religions. This side of the story leans heavily toward Queen Elizabeth’s choice of being single, childless, and the time before she was crowned.
The ending of the story being told by Edward Drinker is well known even to present day, The Spanish Armada and Queen Elizabeth’s reign being known as the “Golden Age” hence the nickname ‘Gloriana’.
The timeline appendix is one of my favorite parts of the Women of History series. This timeline starts off in November 28, 1489 when Margaret Tudor is born to King Henry VII and Queen Elizabeth of York all the way through to January 30, 1649 when King Charles I was executed in the aftermath of the English Civil War led by Oliver Cromwell.
Most of the chapters started with songs in which Queen Elizabeth Tudor was known to have sang and there is an appendix that holds the lyrics to Journey to Gloriana. 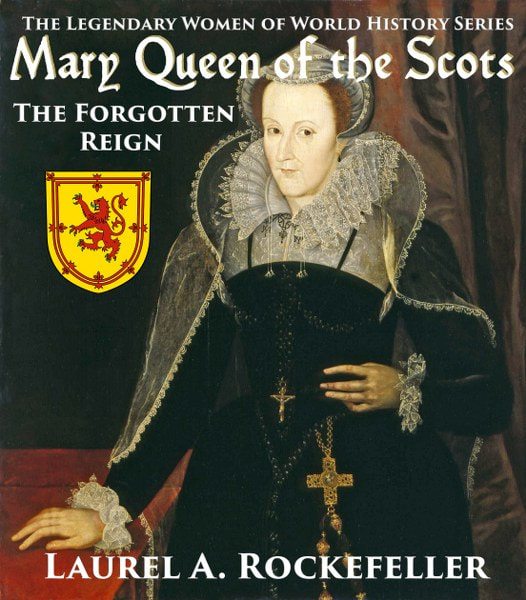 Mary Queen of the Scots: The Forgotten Reign
The Legendary Women of World History Book 3
80 pages

Queen Mary Stuart was one of the most beloved and controversial women in
Scottish history. The granddaughter of King James IV and his wife
Margaret Tudor, Queen Mary’s status as heiress-apparent to Queen
Elizabeth’s throne in England paired with the violence of the
Scottish Reformation set the stage for one of the most dramatic and
poorly understood lives of the 16th century. Mary Queen of the Scots tells Mary’s true story, focusing primarily on her
reign as queen of Scotland, celebrating her life more than her death
and showing us all why she was truly a woman ahead of her time. Features a detailed timeline, a list of Latin prayers with their English
translations, and the lyrics to all four featured period songs
performed in the book.
Add to Goodreads
Amazon * Apple * B&N * Kobo * Smashwords

We immediately start in the forgotten reign of Mary, Queen of the Scots, in Paris when the streets rang with “The king is dead! Long live the queen!”. The queen in question is the grand-niece to King Henry VII of England, Princess Mary, now Queen Mary due to her mother being the Queen Mary of Guise.
This version of Queen Mary has lyrics from various verses before portions of each section throughout that are highlighted after the timeline in the appendix area of the novella.
When Mary was ten, five years after having been in Paris, news of her cousin, King Edward VI, came that he was deceased. So started the brief reign of her cousin, Lady Jane Gray, instead.
This telling of Queen Mary offers more of her thoughts and reasons behind her actions as she moved from Paris to her return to Scotland to reign as the country’s queen. Most stories of this time highlighted her death versus her actions that led her towards her death. Queen Mary was notably overshadowed by Queen Elizabeth and had a life wrought with anger, anguish, and bitterness along with love. Turbulent times called for drastic measures and this telling does a beautiful job painting her as such along with the clashing of religions.
Fantastic read as I continue my exciting adventures with the Women of History book tour.

Born, raised, and educated in Lincoln, Nebraska USA Laurel A. Rockefeller
is author of over twenty books published and self-published since
August, 2012 and in languages ranging from Welsh to Spanish to
Chinese and everything in between. A dedicated scholar and
biographical historian, Ms. Rockefeller is passionate about education
and improving history literacy worldwide.

With her lyrical writing style, Laurel’s books are as beautiful to read as
they are informative.
In her spare time, Laurel enjoys spending time with her cockatiels,
attending living history activities, travelling to historic places in
both the United States and United Kingdom, and watching classic
motion pictures and classic television series.
Website * Facebook * Twitter * Pinterest * YouTube * Amazon * Goodreads