Animal Graph is the third story from dystopian author M. Black and the first in her Graph World series. 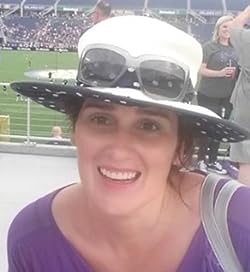 Her novels are branded Enter Tomorrow with a focus on robots, artificial intelligence, simulations, wildlife, grafting, cloning, illusions, or futuristic technology. Animal Graph came to her in a dream.

Set in the Amazonian jungles of South America, M. Black weaves an action-packed tale set forty-two years after a nuclear war. Jin, a prisoner of King Borran, and Adan, another Graphed, have to fight for their survival in a utopia gone wrong. In a world where animal cells and neural tissue have been grafted into humans, and humans are connected by brain waves to chosen animals from the Amazon, will Jin and Adan survive? Will they ever find their Animal Graph counterparts? Can the Earth find harmony with humanity and the animals or will those wanting to destroy it all win?

Enter a dystopian, post-nuclear war world in which the poor are being enslaved and experimented on under the rule of King Borran, “graphed” upon. Animal Graph follows two escaped prisoners, Jin and Adan, post-experiment as they are tracked by Graph Soldiers set in the Amazon jungles in South America. The story line is well-written as it intertwines our two heroins’ friendship and survival.

The twists and turns makes one feel that this could truly happen, I have faith in humanity getting twisted unfortunately. The book sets the rest of the Graph series up for more post-apocalyptic mayhem and retribution as those that were and are experimented upon, rise up. Quick, easy read that engages the reader into another world that is both unique and refreshingly surrounded by compelling thoughts. Truly engaging read I received as part of a book tour and am looking forward to the rest of the Graph World series.