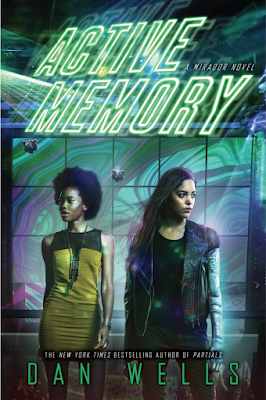 From Dan Wells, author of the New York Times bestselling Partials Sequence and the John Cleaver series, comes the third and final book in the dark, pulse-pounding, sci-fi neo-noir series that began with the acclaimed novel Bluescreen.For all the mysteries teen hacker Marisa Carneseca has solved, there has been one that has always eluded her: the truth behind the car accident in which she lost her arm and a mob boss’ wife, Zenaida de Maldonado, lost her life. Even in a world where technology exists to connect everyone’s mind to one another, it would seem that some secrets can still remain hidden.

Those secrets rise violently to the surface, however, when Zenaida de Maldonado’s freshly severed hand shows up at the scene of a gangland shooting. If Zenaida is—or was—still alive, it means there’s even more about Marisa’s past that she doesn’t know. And when she and her friends start digging, they uncover a conspiracy that runs from the slums of Los Angeles to the very top of the world’s most powerful genetic engineering firm. If Mari wants the truth, she’s going to have to go through genetically enhanced agents, irritatingly attractive mob scions, and some bad relationships to get it.

Dan Wells’s widely acclaimed series continues with his most shocking, pulse-pounding, and visionary story yet.

If you are into Science Fiction, and especially if technology and mystery intrigue you, this is quite a read! The third book in the Mirador Series follows Marisa as she (okay, WE) finally comes face to face with the one mystery that has plagued and eluded her.
The truth behind her arm and Zenaida, a mob boss’ wife, who was said to have died in a car accident with her youngest son and Marisa in the vehicle.
I noted this leaned more towards “real-life” versus the gaming world of binary and coding where Marisa is a part of a team, The Cherry Dogs, in the Overworld Games; One’s and Zeroes delved into this. While I did read Ones and Zeroes prior to Active Memory which I received for this book tour, I have not read Bluescreen. Wonderfully written for different genres:  YA, SciFi, Mystery. My twin teens would (and will) enjoy these books as they are “clean”.
Active Memory brings to the fray more mystery with a lot of running and gunning from the Russian mob family, Severov, who used to control territory in the neighborhood  Mirador and fought the Maldonado’s for it. Once again the friendships of the main characters are there, but not as heavily as the other books. While I was completely satisfied with the ending, Dan Wells leaves the door slightly ajar for another book in the Mirador Series, we shall see.

Deception:  The subtle sense that everything he said was an act, like a smooth, trustworthy interface over a website riddled with malware. He was wickedly good-looking, that she could appreciate no matter what he said or did, but he was impossible to believe in.

Vixen:  Sahara turned around, holding up two different outfits:  Both black, but one was made of faux leather and the other was covered with hundreds of tiny rubberized scales, like dragon skin. “Which is better for trapping and interrogating a group of murderers who sell body parts? Classic or techy?”

Realization:  Marisa nodded, stunned by the flood of confessions. It made sense, and she’d guessed most of it already, but the real grit behind it… the really painful truths about herself, and her arm, and the sacrifice (spoiler, not going to!) had made to save her…

Other Books in the Mirador Series 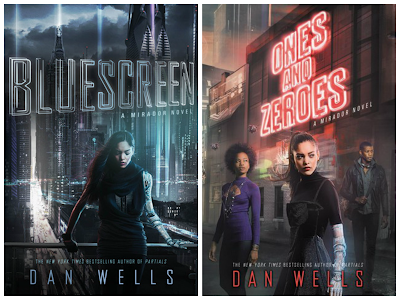 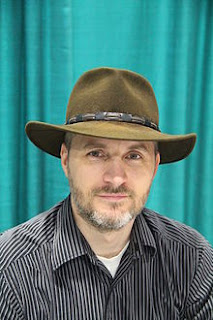 New York Times bestselling author Dan Wells is best known for his horror series I AM NOT A SERIAL KILLER, of which the first book is now an award-winning movie through IFC Midnight. His other novels include THE HOLLOW CITY, a supernatural thriller about schizophrenia, EXTREME MAKEOVER, in which a beauty company destroys the world, and two young adult science fiction series: the post-apocalypse PARTIALS and the cyberpunk MIRADOR. He has written for television, on the upcoming science fiction series EXTINCT, and wrote and produced the horror comedy stage play A NIGHT OF BLACKER DARKNESS. He cohosts the Hugo-winning podcast for aspiring writers called Writing Excuses, which has expanded to include its own writing conference. He also writes short fiction and game fiction, and edited the anthology ALTERED PERCEPTIONS to help raise funds for and awareness of mental illness. Dan lives in northern Utah with his wife, 6 children, and more than 400 boardgames. 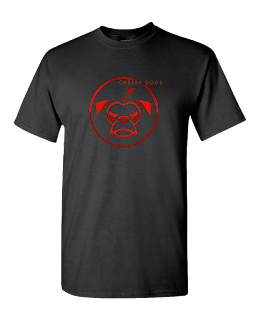 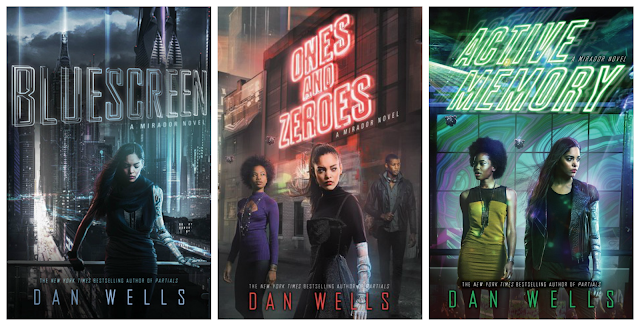