A Wild and Unremarkable Thing

A Wild and Unremarkable Thing 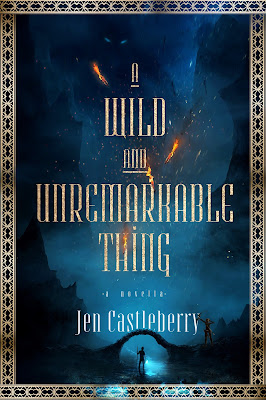 Fifteen years have passed since a Fire Scale scorched Cayda’s village.  Fifteen years of beatings, of bare kitchen cupboards and sloppy swordplay.  Fifteen years of biting her lip for her father’s cane while her younger sisters did the same for the grimy patrons of the village brothels. Fifteen years of staring steadfastly after beauty in an increasingly ugly world.Now, with hair shorn and breast bound, Cayda marches into the Summer Alps as Cody, a hopeful Champion seeking a dragon-slayer’s reward, with the full weight of her family’s survival on her shoulders.

But the road between poverty and prosperity is rife with beasts, betrayals, and baser temptations. Sensible Cayda soon discovers that she is not the only Champion with her eye on the prize, or the only one wearing a disguise.
With monsters, gods, and royalty hot on her heels, Cayda must ask herself if victory is worth sacrificing her identity for – or her life.

A Wild and Unremarkable Thing pits girl against dragon in a stunning blend of Greek mythology and medieval lore. Readers will not quickly forget the diverse cast or the thrilling, sexy ride! 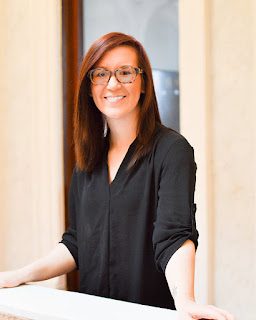 Jen Castleberry lives and writes in Virginia Beach.
Her background is in Animal Welfare.
All of her pets are named after superheroes.

I was able to ravish through the Kindle copy I received for this blog tour within two hours; average reading time is around six hours. The prologue sets the tone of the book perfectly; wonderful usages of adverbs and adjectives throughout kept this reader excited yet torn for what Cayda and Cody had to go through.
The time frame this was set likens to the Medieval times with shanty towns, knights in armor, and carriages transporting the royalty. The story-line follows not only Cody, but many characters and how they all converge together with various ulterior motives and, in the end, many different outcomes. The infusion of mythology along with mythological creatures is what had me wanting to read this. I admit though, not much was placed with the Fire Scales that everyone’s lives were intertwined with; they were notably towards the very end of their adventures when everything pinnacles.
My favorite character was Cody, but it truly is hard to decipher who the heroin of the story is as both Cody and Penn made humbling choices every step of the way.
There were several sensual moments written in with a few sexual moments for others, namely royalty and most notably Fares. Nothing off-putting and were written well for those characters they involved. I would definitely mark Penn as a book boyfriend.

I chose these even though they were not meant to be, they emanated a deadly sensuality that I liked.
~ They sparkle, catching the glow of lamps and torches below – flat, fluttering discs that ripple against its skin like a scarlet coat of suns ~
~ She smells like leather and lavender. Cody shivers. Goosebumps pile over her skin. “Tell me how you did it then,” she says. ~
~ A girl and a mare and a beast. Alive and gentle and fierce. ~
~ Now she’s gliding through his veins. Now his blood is silk and his pulse is fluttering. ~
See what I mean by how much emotion is written into A Wild & Unremarkable Thing?!

A Dream Within a Dream– Promo
justicereads– Review & Favorite Quotes

Never Too Many to Read– Review & Creative Post
Books, Boys, and Blogs– Interview